Now We’re Talking | A Blog About Raising My Autistic Son

For our next chapter in the “Now We’re Talking” blog series, we interviewed Lynne from A Blog About Raising My Autistic Son. Her blog title, chosen by her son, is very self explanatory and readers can find all kinds of great posts about family life, autism, Aspergers, and more! We think Lynne’s blog is a great read for parents; its full of honest accounts, heartwarming and funny family stories, and lots of valuable advice.

Thank you to Lynne and her family, and please enjoy this installment of “Now We’re Talking”!

Q: Tell us a little about you and your family.

A: I’m married to Nick and we have four children, including one set of twins, aged 12 to 18. Our eldest son, Edward, was diagnosed with Asperger’s in 2009 when he was 8 years old.

I’m a speech and language therapist working with severe/profoundly deaf adults on a cochlear implant program in the UK. I spent the first few years of my career working with children who had a wide range of communication difficulties, including children who had Autistic Spectrum Disorders (ASD), however once I started my own family, I made the switch to working with adults. 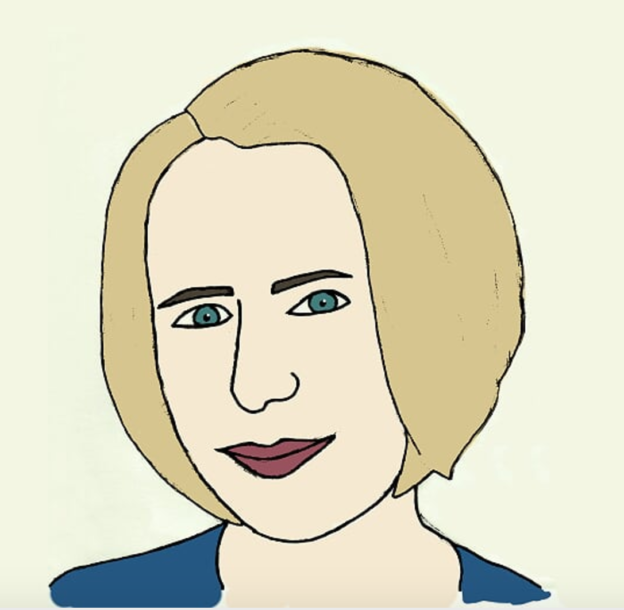 Q: What made you want to share your story through a blog?

A: After a few failed attempts at writing a book in 2015, a friend suggested blogging, and I haven’t really looked back since then. We’re now in a good place as a family and Edward is thriving. I wanted to share our story, including the ups and downs, to give some hope and practical ideas for other parents out there who are new to the role of raising children with ASD.

My blog is called “A blog about Raising My Autistic Son” and Edward was the one who chose the name – he said it should say exactly what it was and rejected all my other proposed titles! He also insisted that we use pseudonyms and no family photos – so apologies for the cartoon image!

Q: What was it like when you first realized that your son had autism?

A: Due to my professional background, I’d had hunches that there was something a bit different about Edward from a very early age. For example his eye contact was fleeting and he could concentrate for hours on one thing without getting distracted or bored. However, he also could do some things (such as show affection and play imaginatively) which didn’t fit with my stereotype of what a child with ASD was like.

I spent years yo yo-ing between thinking he had autism and thinking I was being overly analytical of his every move. It was a long journey recognizing that the evidence was pointing towards the fact that my son was on the autistic spectrum. I then had to convince Nick that it was a good idea for us to have Edward assessed, and after getting him on board, I had to persuade our general practitioner to refer Edward for an ASD assessment. It then took another 18 months before we were finally told that Edward had Asperger’s Syndrome (now called ASD).

To be honest by the time that day came, I felt relieved and vindicated. A diagnosis meant I could ask for more support at school and advocate for Edward with more credibility and authority. I also felt relieved for Edward who was already becoming aware that he was different from the other kids at school. Being able to tell him he had Asperger’s, and explaining both the strengths and weaknesses that come with it, helped him to understand himself better.

Q: How has ASD affected your family life?

A: Over the years, we’ve grown to understand how best to communicate with Edward and how he communicates with us, so that the strategies we use have become second nature.

Edward understands language very literally, so if we want him to understand something, we have to say exactly what we mean. This sounds so simple, but it’s actually quite a challenge to do that in practice. When Edward was little, he would sometimes tap his glass with his knife as he liked the sound it made – the rest of the family hated it. If we said “stop making that noise!” He would just start banging his knife against the plate (making a slightly different noise). However if we said, “stop making noises with the cutlery and start eating your dinner” he’d nearly always do what we asked. We learned that in order to make things easier for him to understand, we had to use more words and be very explicit in what we wanted him to do. Now that he’s older, we don’t have to be quite as literal, as he has learned a lot of metaphors and understands that language can be used creatively.

We also learned not to rush (ok to be honest I’m still trying to learn this one). Trying to do things in a hurry just lead to a lot of anxiety and things would invariably end up taking longer! Planning ahead is really helpful – knowing what is going to happen and what helps Edward to stay calm and function better. If I realize there’s going to be something on TV that Edward and I would enjoy watching together, I can’t spontaneously suggest we watch it there and then, as it’ll interfere with his pre-planned schedule for the evening and he finds it hard to change his plans at short notice. I need to book in a time to watch a program with him!

We’ve also learned that Edward is listening to us even when his body language and eye contact (or lack of it) indicates otherwise. Edward can look at us when we speak to him but this uses more effort and can make it harder for him to process what we are saying.

I’ve also written a lot more about how we’ve adapted our communication and how we helped Edward develop his communication skills in my blog.

Q: Are there any resources that more people should know about?

A: Reading “Asperger’s Syndrome: A guide for Parents and Professionals” by Tony Atwood was very helpful in giving us the confidence to seek an assessment for Edward. We also found “Can I tell you about Asperger’s Syndrome?” by Jude Welton very useful. This slim line, easy to read book was one that we loaned out to family friends (adults and children). It explains very simply what it is like for a child to have Asperger’s Syndrome.

Blogs didn’t even exist in 2008/09, but if they had I’d have tried to find one which gave me some practical ideas and hope. Many of the books I read when Edward was little painted a very bleak future for him; one of social isolation, mental health problems, and school refusal. I would have loved to read about some more optimistic outcomes, and have heard directly from autistic people and other parents about things which had helped them make family life flow more smoothly. 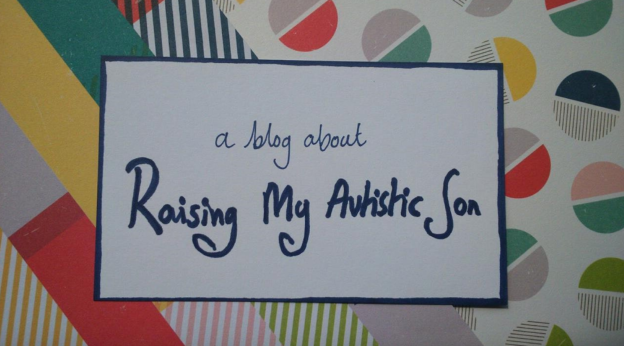 Q: Did you and your son utilize speech therapy? If so, please tell us about it.

A: Like many children who have Asperger’s Syndrome, Edward developed speech and language fairly typically. In fact, his vocabulary was very advanced for his age. However, he didn’t always communicate as you’d expect. At times, he was apparently not aware of family and friends or their greetings, or even that a response from him was expected. However, he could also talk at length about a subject of interest to him with little awareness of whether or not the other person was interested in what he was saying. He did see a speech and language therapist as part of his assessment for ASD, and she focused primarily on his social use of language. She saw him mainly at school and gave advice to his teachers.

In my current role working with deafened adults, I do a lot of work on psychosocial communication. This approach helps people to identify why communication has broken down and helps them to develop the skills and confidence required to repair communication breakdowns. Over the years I’ve taken this approach home and used it with Edward to help him learn to think more consciously about communication and the things he can do to make it work well. I’m a great believer in using role play as a way of practicing and trying out new communication strategies, and so our family has role played a lot of different scenarios with Edward over the years.

Q: What advice would you give to a parent who is in a similar situation?

A: As a parent, you are the best advocate for your child. Seek out all the support available and learn as much as you can about your child’s condition at a pace you can manage, and find help from other parents, support groups, and professionals. Don’t start viewing your child as someone with a problem to be solved – have fun with them, spend time with them, and keep your expectations for them as high as possible.

If you have a child with ASD, you’ll need to develop a thick skin so you don’t take things too personally – you will be raising a child who is absolutely committed to saying what they believe to be true at any one time, with no social filtering or softening. If you are raising a child with ASD, there will undoubtedly be times where social rules have been broken on all sorts of levels, leading to very embarrassing moments. Take time to use these moments to educate your child (after the event) but also find someone who you can laugh with about these excruciating moments – it’ll make you feel a lot better.

Q: If you could travel back in time, what would you tell yourself when you first realized that your son had ASD?

A: I think I’d have pushed for an earlier diagnosis. Prior to diagnosis, Edward was beginning to be viewed by people as a difficult child, and all this negativity meant that Edward started to view himself as being a ‘bad’ person. Once we had the diagnosis, it reframed everything; it didn’t excuse unacceptable behavior, but it made sense of why things were often challenging. Edward started to view himself more positively- he wasn’t bad; he was autistic. He was different but not in any way less.