The Top 10 Characteristics of Childhood Apraxia of Speech (CAS) 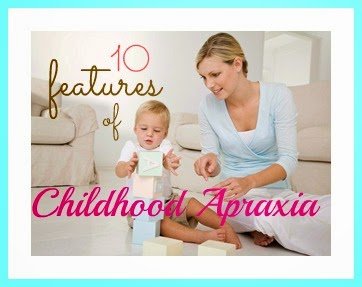 Childhood Apraxia of Speech is a complex disorder that is often misdiagnosed. A definitive diagnosis of CAS is typically not made until a child has a repertoire of at least 100 words and/or following a diagnostic period of 3-6 months of therapy.

The American Speech Language and Hearing Association’s definition is as follows: “Childhood Apraxia of Speech (CAS) is a neurological childhood (pediatric) speech sound disorder in which the precision and consistency of movements for speech are impaired. CAS may occur as a result of known neurological impairment, in association with complex neurobehavioral disorders of known or unknown origin, or as an idiopathic neurogenic speech sound disorder.”

Although there are not any formal guidelines for diagnosing CAS, (as it is a variable disorder and features change over time). The following features are considered to be hallmark characteristics of Childhood Apraxia of Speech and aid in the identification of a disruption in a child’s motor planning.

These hallmark characteristics include:

Chatterboxes offers quality Speech-Language & Occupational Therapy in Boston, MA. We also offer flexible service options for your family. Our clinicians become integrated into your child’s daily routines and home-life. Call us today at 617-969-8255 or visit us at 121 Mt Vernon St, Boston, MA 02108.